DO YOU SUFFER WITH ELBOW OR WRIST PAIN?

Basic functional anatomy of the wrist, hand and elbow

This joint complex involves the distal end of the radius, the ulna and the 8 carpal bones of the wrist. 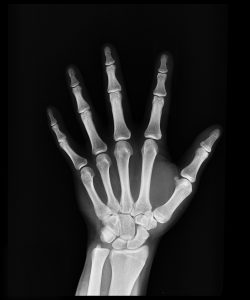 There are 2 rows of 4 carpal bones within the wrist: the proximal row comprises the scaphoid, lunate, triquetral and pisiform; the distal row the hamate, capitate, trapezoid and trapezium.

There are 2 functional joint complexes the inferior radio-ulnar joint that allows pronation and supination, and the radoiocarpal joint where flexion and extension occurs. Within the wrist and part of the radoiocarpal complex, there are 2 distinct rows of joints: between the radius and proximal row of carpal bones, and between the proximal and distal row of carpal bones.

Ligaments & tendons of the hand and wrist

The ligaments are tough bands of connective tissue that connect the bones to support them and keep them in place. Important ligaments of the hand are:

Rings of connective tissue, called pulleys hold tendons of the fingers close to the bone.

The main tendons of the hand are:

Several muscles surround the elbow, allowing for arm movement. The two main muscles responsible for bending and straightening the arm at the elbow are: the triceps at the back of the arm and biceps at the front.

The ligaments form a capsule around the joint lined with a smooth membrane, synovium. The synovium produces a viscous liquid, called synovial fluid, which lubricates the joint.

Affecting the joints within the hand, wrist and elbow.  Especially in the metacarpophalangeal joints with ulnar deviation deformity.  The joints are red, hot and have reduced range of movement. In can occur in women between ages 20-55. Rheumatoid Arthritis is also the most common type of arthritis in the elbow. The joint involvement of Rheumatoid Arthritis is symmetrical. That means if one elbow is affected the other likely will be, too.

Common in the hand. The base of the thumb and interphalangeal joints are affected with general reduction of movement.  It is common between the age of 40-60.

Affecting the small, fluid-filled sacs called bursae, these cushion the bones, tendons and muscles near the joints. Bursitis occurs when bursae become inflamed. It is common in the elbow and often occurs near joints that perform frequent repetitive motion.

Tennis Elbow (Lateral Epicondylitis) is a common causes of elbow pain. characterised by pain over the outer side of the elbow, which may radiate down the forearm. It usually begins as inflammation of the extensor tendons of the forearm as they attach to the humerus (upper arm) bone, just above the elbow joint. Despite it’s name it is most often associated with work-related activities.

Common after prolonged periods of repetitive rapid movements of the wrist and fingers.  The pain comes on during the activity and remains afterwards.  There is pain and tenderness over the tendon sheaths.

A thickening of the flexor tendon at the base of the thumb or a finger.  The digit can flex actively but extension from flexion is only achieved passively.  A thickening in the tendon can be palpated.