DO YOU SUFFER WITH NECK PAIN?

The function and anatomy of human neck are complicated as it lies close to brain and spinal cord. The bones of the neck are called cervical vertebrae. The cervical vertebrae support the head and they are responsible for the movement of neck and head.

Cervical vertebrae consist of seven ring shaped bones starting from skull to the thoracic vertebrae. They are the most delicate bones when compared to other vertebrae but and have an important role in maintaining the total health.

They look like a continuous stack of small units. C1, the first cervical vertebrate, originates from the skull, is called atlas. The atlas bone directly connects to the occipital bone of skull and forms the joint called atlanooccipital joint. This allows the head to lean forward and backward.

About a single cervical vertebrate

Above and below each vertebrate are flat surfaces, each having a slight upside projection and a downward shallowness. This is to fit properly for the adjacent vertebrae together. Anterior and posterior transverse processes are there for the passage of arteries, veins and nerves to and from the brain. Spinous process is a thick projection to the outside for the muscles to connect with it. Muscles such as trapezius and spinalis play the role in that. Body is the name given anatomically for the thickest part in each vertebrate. They manage the whole weight acting upon the vertebrae. The intervertebral disc that present between the vertebrate provides the neck some flexibility.

The cervical vertebrae hold some important responsibilities like carrying weight of head and neck. It also protects the spinal cord.

The arteries and veins from and to the brain are also protected by the cervical vertebrae. The muscles attached to the spinous process give flexibility and motion in the neck. This includes the rotation of the head as well as the leaning back and forth. Hence protection of this area has of uttermost importance.

Osteoarthritis which is largely due to the ageing process but can also be due to being overweight, having previous injury or trauma to the joint or having muscle weakness and imbalance. In the case of osteoarthritis the surfaces become damaged causing pain, stiffness, crepitus (creaking sound) and swelling.

A knee sprain is when the ligaments of the knee are overstretched (sprained) or torn (ruptured). Sprains are classified by the degree of injury ranging from mild, moderate to severe with recovery time dependent on severity. The most common sprain is to the Anterior Cruciate Ligaments, an injury common with sports people.Symptoms range from pain, swelling, tenderness, popping sound. In serious injury an ultrasound or MRI may be needed for assessment.

The meniscus is cartilage that covers the surface of the joint reducing friction, protecting the knee joint and acting like a shock absorber. Damage and tears to the cartilage are most commonly caused by sudden injury and is common in contact sports. This causes swelling and loss of mobility and as cartilage does not have its own blood supply, healing and recovery can be slow.

Runners knee can affect anyone who does a lot of knee bending causing anterior pain around and under the knee cap. This can be due to overuse, alignment, problems with the feet, muscle imbalance or trauma.

Jumpers knee is characterised by pain, tenderness and stiffness around the bottom of the kneecap. It can range from mild to severe and is caused by the tendon being under repeated strain (such as in activities that involve jumping and frequent change of direction). The increased force makes it more susceptible to micro-tears and degeneration which lead to inflammation of the tendon. Recovery is dependant on severity and occasionally surgery may be necessary.

The Iliotibial band (ITB) is a ligament that runs from the hip and attaches just below the knee. It helps to both stabilise and move the joint. Pain and swelling can occur either along the whole of the ITB or be more localised, such as around the lateral epicondyle of the femur bone. Numerous factors can affect the health of the ITB band such as overuse, biomechanics and muscular imbalances.

Bursitis of the knee

Also known as housemaids knee presents with swelling, pain and tenderness around the joint. A bursa is a fluid filled sac that acts to reduce friction in the joint and allows for maximum range of movement. The bursa in the front of the kneecap can become inflamed through repetitive movements such running or kneeling or through trauma. 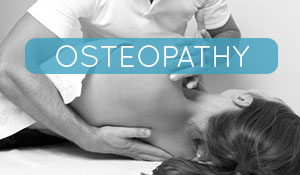 All our acupuncturist are highly skilled in the use of acupuncture for Neck pain. We use both Traditional and Medical Acupuncture dependant upon the practitioners chose or individuals suitability.

Keep up to date with the latest news and articles on knee pain from the Estuary Clinic of Integrated Health.